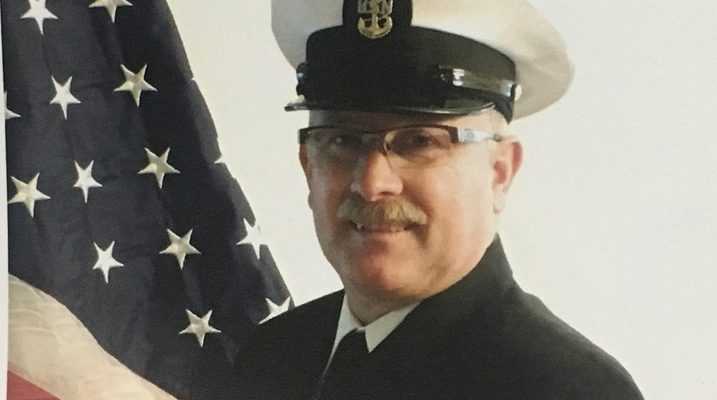 It’s time to salute Eric Burcroff, one of our own. A Fisher employee since 1998, Eric recently retired from the United States Navy as a Master Chief Petty Officer, the Navy’s highest enlisted rank. The ceremony recognizing his 31 years of service in the Seabees was held on Satu 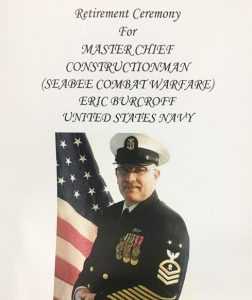 rday, April 1 at Naval Station Everett. Fisher co-workers, along with a ‘boat-load’ of fellow officers in dress uniform, attended the ceremony and reported it as an awe-inspiring ‘proud to be an American’ event.

Trained in both combat and construction, the Seabees (Naval Construction Force) is the arm of the military that builds and repairs infrastructure–during military operations and as goodwill after natural disasters.

Eric served active duty with the Naval Mobile Construction Battalion from 1983 – 1988 and then joined the Reserves, serving from 1992 – 2017. He has been deployed around the world, performing construction projects in many places including Guam, Japan and South Korea as well as supporting the war effort of Iraqi Freedom in 2006-2007. As a Project Foreman for Fisher, Eric has also served in many places–Louisiana, Alaska, and California, just to name a few.

We’re grateful for Eric’s service to our country and count ourselves blessed have employees of his caliber on the Fisher team. 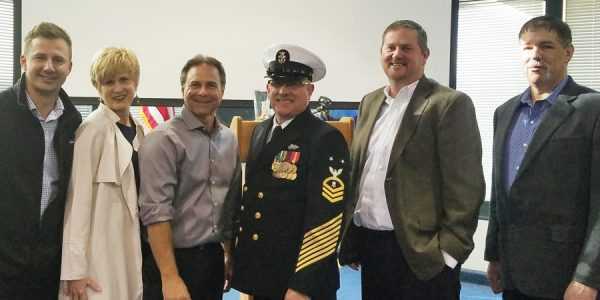 Over the years Eric has worked with many on the Fisher team including (L-R) Scott Guimond, Stephanie Wood, Steve Allred, Dan Powers and Brett Berg 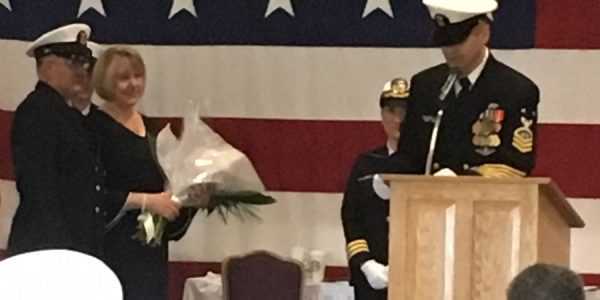 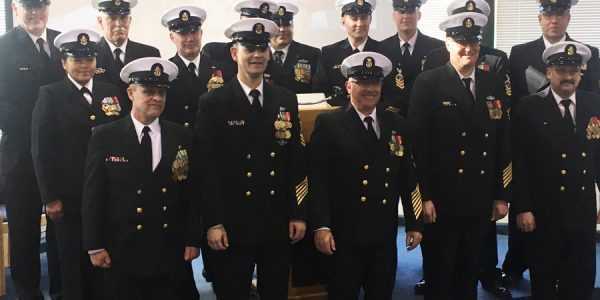 Eric and fellow officers he served with