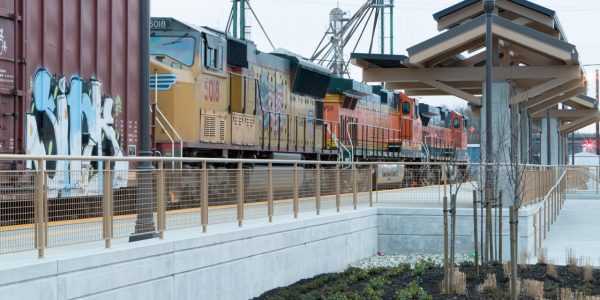 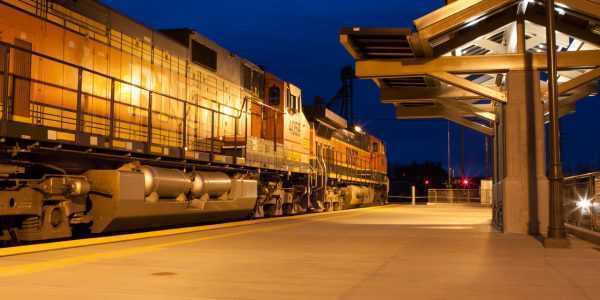 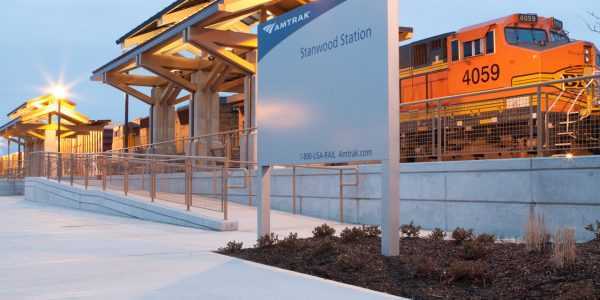 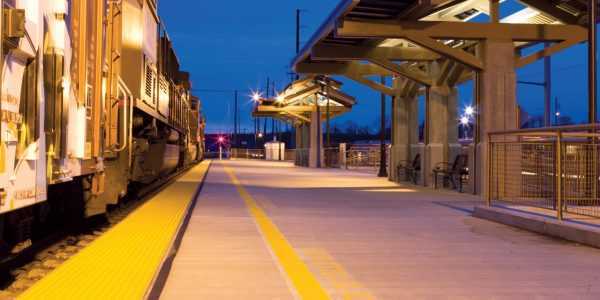 Eager for transportation alternatives, the citizens group Design Stanwood worked tirelessly to promote the potential of passenger train service in their community. Their dream became reality when Amtrak, in partnership with the state DOT, approved the $5.1 million project.

While the finished structure looks like a simple, straight-forward solution, the 650-foot-long train-passenger platform is supported by 80 tons of steel and 1,200 yards of concrete. Fisher joined with Interwest Construction, Inc. (ICI) to accomplish the four month project. Fisher built the platform, ramps, railings, and covered shelters.

Working near an active rail line is by nature a demanding operation. This project required multiple agency coordination on issues ranging from environmental to safety. Building the platform within one foot of the track, crews were prepared to clear both themselves and the equipment on an hourly basis throughout the project to accommodate the regular schedule of the Burlington Northern freight trains moving north and south.

Though the project met delays for soil remediation, the project team met the schedule and came in under budget.