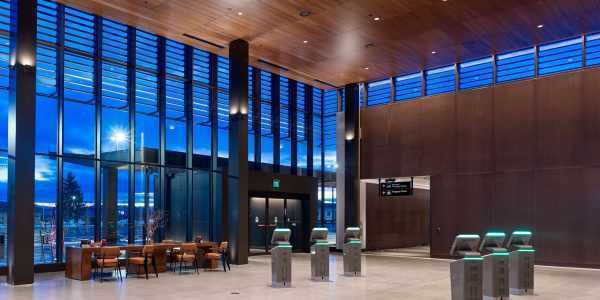 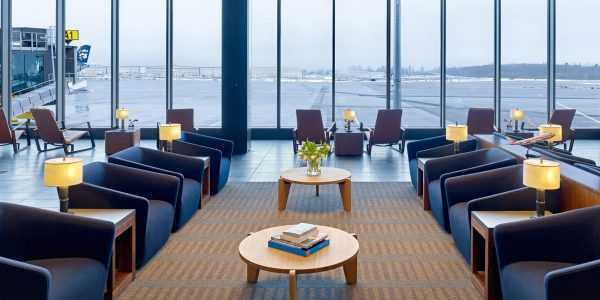 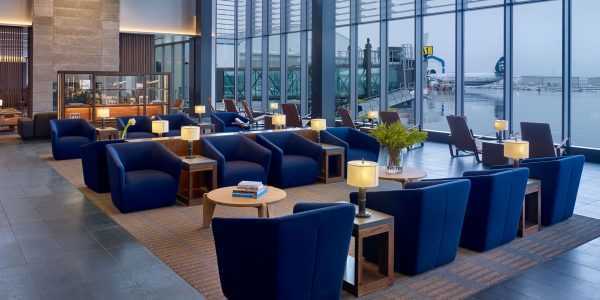 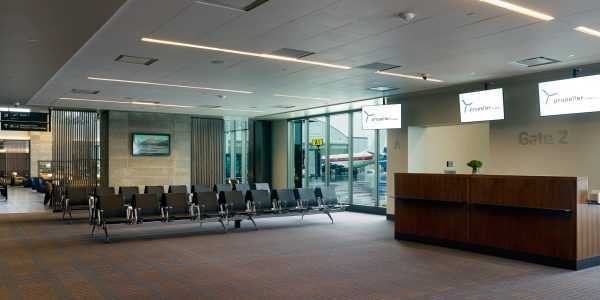 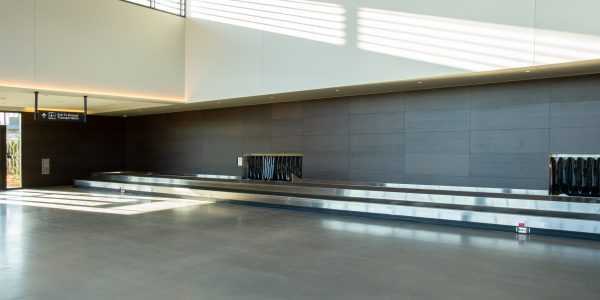 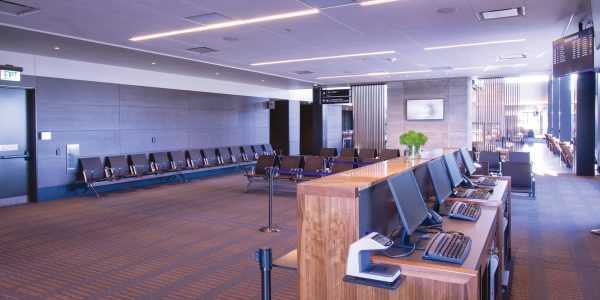 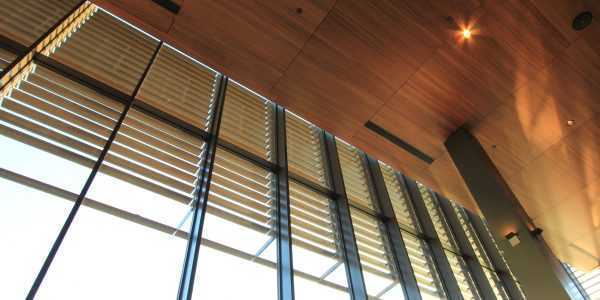 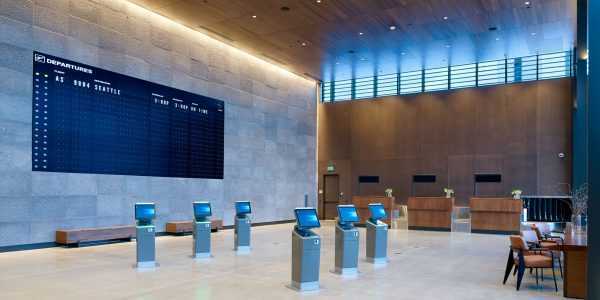 The terminal departures board hearkens to the past with split-flap display updates. 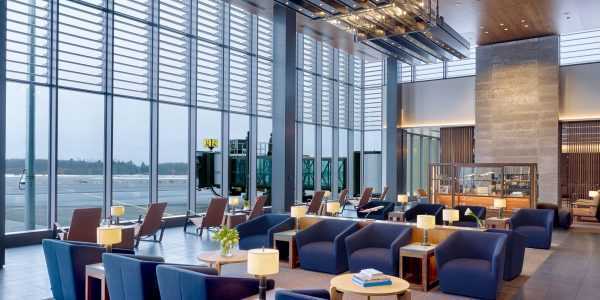 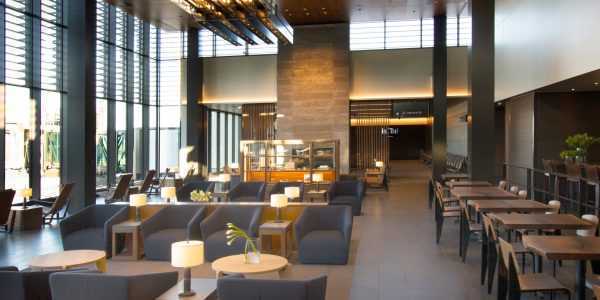 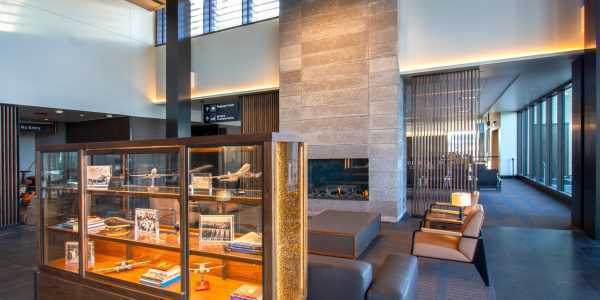 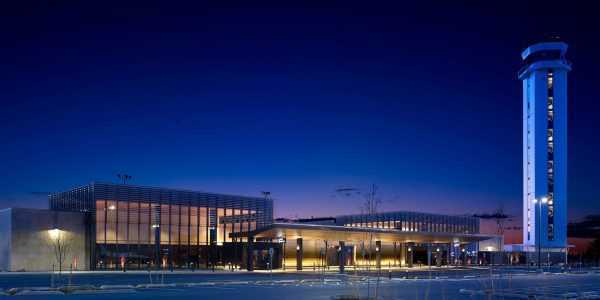 When Propeller Airports moved West to build the first greenfield privately-owned commercial air passenger terminal in the US, they looked for a contractor who was as passionate about their vision as they were. After meeting with Fisher, Propeller’s leadership found a builder who shared their passion. They also realized Fisher’s design | build project approach was an excellent fit for their game-changing idea.

Upon winning the project, Fisher’s design | build team worked alongside Propeller Airports’ selected designers and managed the project from concept to reality. Fisher took responsibility for coordinating the multiple stakeholders in the public private partnership to assure success.

Located at the foot of the Paine Field air traffic control tower on an active runway with over a hundred test flights daily, the work required constant coordination with the FAA to ensure safety for ongoing operations. This included scheduling all crane work and implementing a foreign object debris (FOD) prevention program.

Designed to ‘bring civility back to air travel,’ the owners left no detail unconsidered in the 35,000 sf terminal. The open waiting rooms with black granite floors and a custom steel and glass chandelier, create a comfortable, yet first-class atmosphere. A 20’ glass curtain wall on the west side of the terminal provides a view of planes landing and departing with the Olympic Mountains as a backdrop.

By self-performing much of the field work, including the extensive civil and site utility infrastructure, Fisher was able to drive the project to successful completion. Along with the main terminal, Fisher constructed the security areas, baggage drop-off and claim, and helped install of the boarding bridges. Fisher crews self-performed the interior finish work and handled the tenant improvements which included a Beechers Cheeses Cafe, a Caffe Vita and a bar.