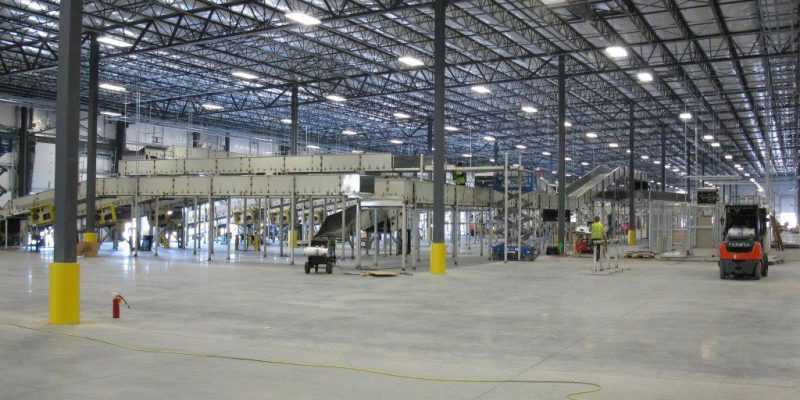 Construction work is progressing on the 220,000 sq. ft. facility in south Burlington. Fisher Construction Group is the general contractor, building the facility for Jones Development from whom FedEx will lease. The ground distribution hub is being built on a greenfield site, zoned for industrial use in southeast Burlington between Whitmarsh and George Hopper. Handling the site preparation as well as facility construction, Fisher’s civil division began preloading the site in late November, preparing for construction which started in early spring. The facility is scheduled to be handling packages in November of 2015.

The pre-engineered steel building will handle the sorting and distribution of FedEx packaging north of Seattle. The building’s 84 roll-up doors allow for trucks to load and unload onto belt conveyors throughout the building. The new facility will have a 7,686 sf office for employees.