While building a cold storage is complex enough, sometimes the huge amount of planning that occurs before the first excavator arrives on site makes the actual structure that much more amazing. So it is with the Lineage Logistic’s Cool Port—a public-private partnership between Lineage Logistics, Dreisbach Enterprises and the Port of Oakland, California.

As the design|builder chosen by Lineage, Fisher worked out multiple options to make the cold storage project feasible for all of its stakeholders. Cool Port is permitted in five separate jurisdictions. Fisher is also managing the project for compliance with the Port’s stringent labor objectives.

Though perfectly located where deep water meets rail, the 22-acre site comes with its challenges: The site is a former Army base located on the tidelands of Oakland Bay. Fisher’s team must deal with unknown sunken hazards and potential contamination in the already soupy tide flats. To start the project, Fisher is driving 1,800 piles fifty feet beneath the ground surface to counter-act settling and brace the building’s slab foundation.

The Cool Port trans-load facility will begin supporting the fifth busiest port in US in August of 2018. The facility’s double winged docks with 36 rail docks and 90 truck docks will handle meat and other perishables for storage in the -10° F main freezer or one of two convertible rooms.

As a central piece of Oakland’s economic future, the facility is projected to handle 9,000 rail cars per year (in Phase I) and an additional 9,000 containers by truck. 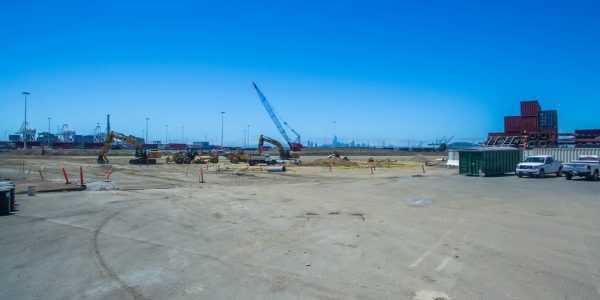 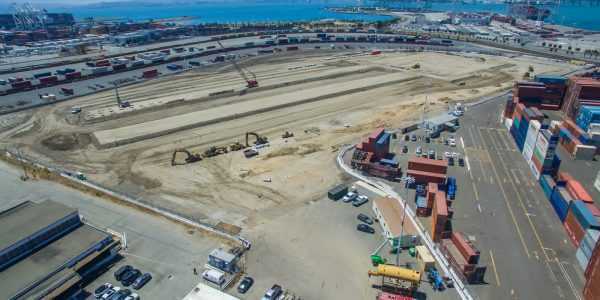 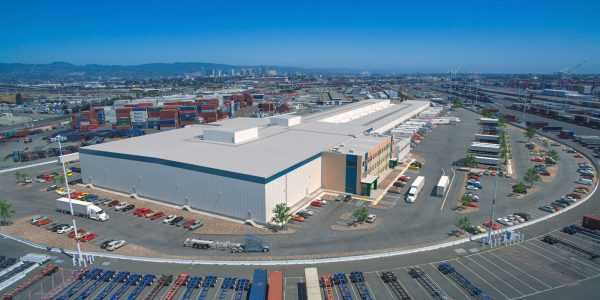