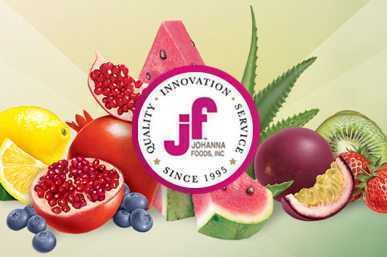 Spokane, WA, February 13, 2018:  Johanna Beverage announced today they will break ground on a new refrigerated warehouse at their Spokane facility early this spring.  Fisher Construction Group has been selected as the general contractor and will lead the project located on West Thorpe Road.

Designed by Cooper Architects of Bellevue, Washington, the 37,300 sf facility will be used to store and stage Johanna’s refrigerated products for distribution throughout the western United States. Drawing on Fisher Construction Group’s expertise in cold storage and food processing facilities, the new refrigerated warehouse will maintain products between 34-38° F. The building will be constructed of steel-frame and clad with insulated metal panels for maximum energy efficiency and food safety. The new facility is expected to be operational by year end of 2018.

The Johanna Beverage Company located in Spokane Washington was established in 2007 and is part of a larger manufacturing group, Johanna Companies headquartered in Flemington, New Jersey.

Robert A. Facchina, President and CEO of Johanna Companies says “We could not be more pleased to work with the Fisher Construction Group to expand our operations in Spokane. Their experience as a builder of food-safe environments for processing and storing is exactly what we were looking for.”

Corey Anderson, Vice President of Fisher Construction Group, who heads the company’s Spokane office, has stated that “Fisher is excited to partner with Johanna Beverage on this facility. As Johanna Foods grows their processing operation in the Pacific Northwest, we are pleased to team with them to make it a reality.”

Business advocate, and CEO of Greater Spokane Incorporated, Todd Mielke, is similarly enthusiastic for the venture and claims “Greater Spokane Incorporated is proud to have worked with Johanna Beverage on previous expansions of their Spokane facility.  The company continues to invest in equipment and processes which enhance their product lines and market expansion – as well as add to the growth of the local economy.”