A Culture Built to Succeed

We have an amazing company made up of great people who love to build.

Being a Pacific Northwest company, we love the outdoors. Fishing, hunting, skiing and golf lead the fun list for many Fisher employees. We appreciate and enjoy our customers, so they often join us. Bikers, hikers, boaters, or car buffs–we find that a good team is built when people sharing diverse interests come together to work towards the same goal: building success. 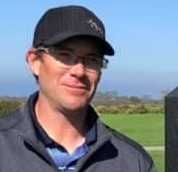 We’ve said it before, Fisher is a great place to work. One of the reasons is the interesting people we get to work with. Case in point: Cody Pearson joined Fisher in January when the Spokane based company he was with became Fisher Roofing Services. Cody is a testimony to the great jobs in the trades for people who don’t want to do the college track. Cody says, “I started roofing as a summer job. My dad’s thought was that by doing something tough for the summer, and I would then be persuaded to go to college. Instead, three years later as a roofer, I was able to buy my first home with my savings.”
And now with nearly twenty years of experience, Cody enjoys both the benefits of a career in roofing, as well as the work itself. He says, “I really like the problem-solving aspect of roof service and repair. Diagnosing the problem, correcting the problem and then being successful in the repair. To others it may seem minor but to me I want to be the guy that a customer will call knowing that their problem will be handled safely and effectively. I see a big value in learning a trade, becoming and artist with your mind and hands. I have everything I have ever wanted and more from my roofing career and have never had to make a rent payment or a payment to a student loan.”

He goes on to say “I really appreciate the people I’ve met, the places I have been and the projects I have been involved with. One particular project is on the island of Kahoolawe, the uninhabited island off the coast of Maui. I was brought in to oversee a roofing project on the new cook house and dining area as well as a new bunk house. The island itself is historically significant both to the native Hawaiians and secondarily to the US. It was interesting to learn that I was likely the first non-Hawaiian from Idaho to have stepped foot on the island. 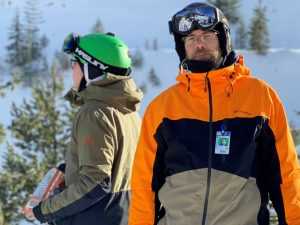 Cody and his son Devon enjoy snowboarding when they get the opportunity. 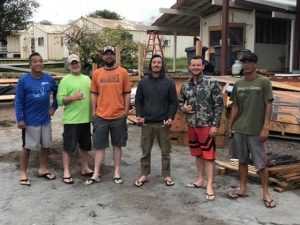 Not a surprise that one of Cody’s favorite projects was the one that took him to Kahoolawe, an island off the coast of Maui. 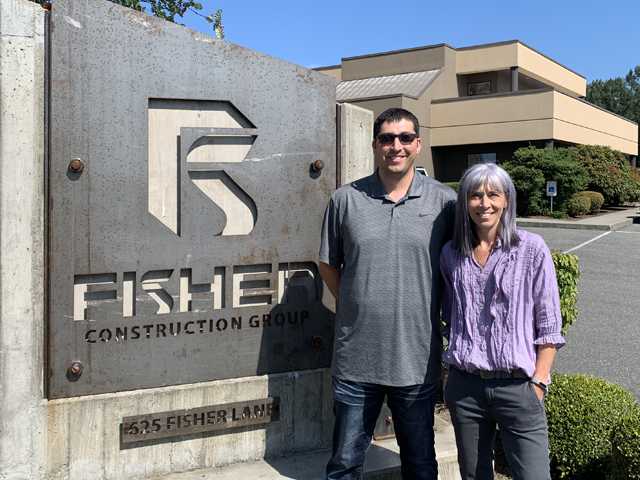 It says a lot about a company when parents encourage their children to join the team. Amy Esary has been a Contract Administrator for Fisher for nearly 15 years. In 2019 her son Reece joined Fisher after working for several other construction companies. Last fall Reece was promoted to Project Manager. Both Amy and Reece have been integral to the success of Fisher projects from Washington to Virginia — California to Canada. Our best count is that at least seven parent/child duos work at Fisher. 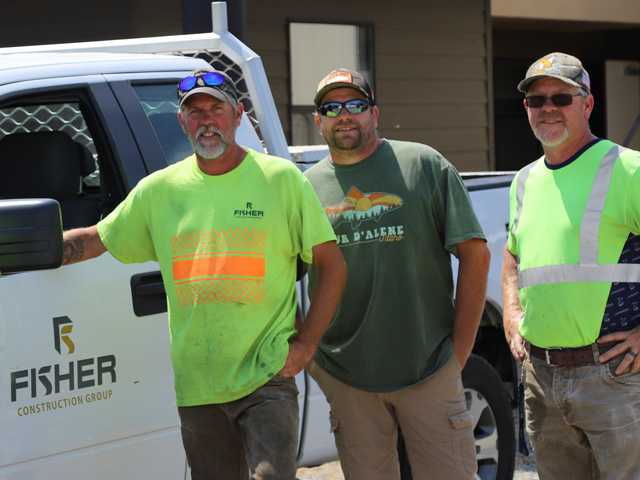 Fisher depends on the excellence of our field crews who are ready and willing to make things happen. The three Adams brothers(L-R) – Tim, Toby and Tracy have worked for Fisher a combined 70+ years. Now, their sons and nephews have also joined the Fisher team. 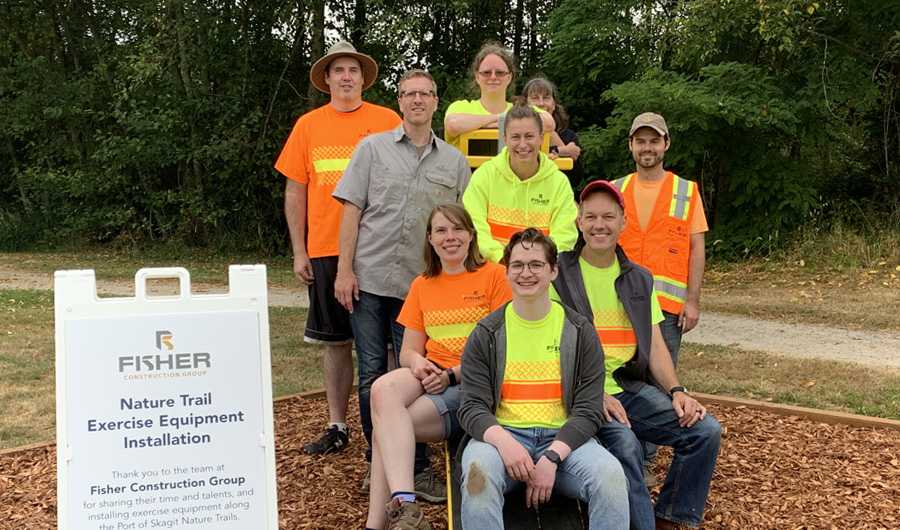 Benjamin Franklin once said that “if you want something done, ask a busy person.” That statement was confirmed again last week when Fisher’s A & E team out of the Burlington office headed out to improve the nature trails at the Port of Skagit. Read the full story of the project at https://www.fishercgi.com/2021/07/20/giving-back/